With a professional production team, The Works (aka Playworks) develops and produces stage and film projects that broaden perspective on local and global communities, and often include partnerships with sponsors and co-producers. Click the linked titles below for more about some of the current / recent ones. 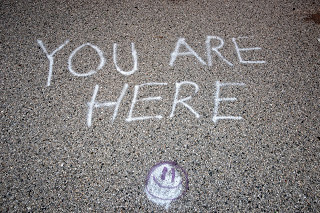 You Are Here   (
Series in development for 2023 / Please check back

You Are Here is a multimedia series developed with groups of people whose life stories tell the history and culture of their time. Developed over a year or longer, director and production team members collaborate on a live stage production and documentary film with participants. Read more below about some of the early projects starting in 2019. These projects combine the best of stage and film, and encourage ideas about the future by exploring the past.

"We were at times filled with laughter, other times brought to tears by the shared life experiences. They were able to weave so much history while telling their own stories."   Audience member Annie M. Brooks 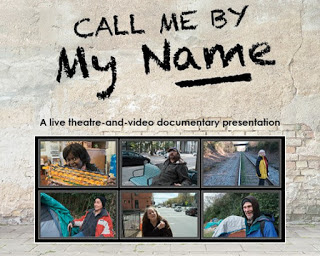 Call Me By My Name
A stage and film documentary about and with members of the unhoused community, 2017-2022
Over the course of three years, six people who have lived without homes met weekly to tell their stories and to create this authentic look at life on the streets from those who have experienced it. The project also includes a documentary film about the participants that explores a world hiding in plain sight, as the film follows them in their daily lives. (Produced in association with First United Methodist Church)

"I left with the feeling that it had allowed participants to open doors that had long been closed. It accomplished what the arts can do so well...breathe life into the human condition."  Audience member Marilyn Sarow

"If we can unravel this, we can let others in on what we figured out."  Cast member Hilda Mojica 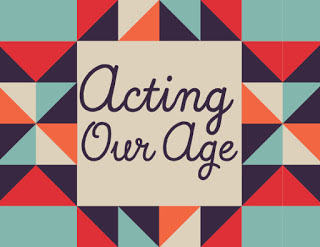 Acting Our Age
A series of stage and film documentaries with people whose life stories collectively reveal America's story over the past century
Produced with Aldersgate 2017-2022
In the original AOA, seven people ages 73 to 95 met for 15 months to reflect on their lives and to create Acting Our Age: A Century of America in Seven Voices, a stage-and-film documentary that traces those lives 'from then to now.' Their experiences intersect with nearly everything that's happened in America over the past 100 years AOA has become an annual series that shows how history happened through close-ups on the individuals who lived through the events. Voices of the Pandemic (AOA 2021) is a film documentary about how seven people navigated life during a year like no other. The series continues in 2022 with Using Our Voices.

"The humor, the sadness, the challenges and the events of nearly 100 years of American history, shared through the lives of these seven people, were a joy to listen to."   Audience member Charles Payet 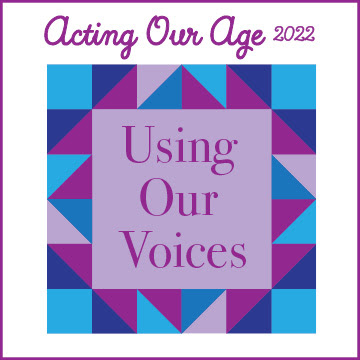 What do you believe? And why do you believe it? Those questions drive this surprising play that's set in a megachurch in today's America. Critics and audiences nationwide have praised the play's ability to articulate many points of view. This producton was a six month project that featured an onstage choir of 23 singers from the community working with the professional cast. TalkBacks among actors, audiences and guest clergy followed all performances. The play's prolific writer, Lucas Hnath, was a 2017 Tony Award nominee.


"Can we work, pray, or even live together anymore after we've recognized that we disagree?"  Broadway World 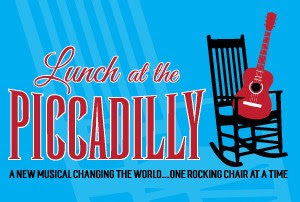 Based on the best-selling novel and N.Y. Times Notable Book by Clyde Edgerton, Lunch at the Piccadilly is an original musical about changing the world - one rocking chair at a time. With songs by Drama Desk Award winner Mike Craver, the show was developed in three productions and at the York Theatre Company in N.Y. The most recent production also hosted supporting programs about the realities of elderhood in contemporary America.

"It's about people who aren't waiting to die, but continuing to live to the very end."   Up and Coming Magazine

The Playworks Group employs members of professional disciplines including Actors' Equity, representing American
actors and stage managers in the theatre; and the Society of Stage Directors and Choreographers.