"The event includes a live stage production and a film documentary that tells the stories of the people. The experience has been a profoundly positive one for those involved - one that has cultivated growth socially and creatively."
QC Nerve (Pitkin), Call Me By My Name (2019-2022) 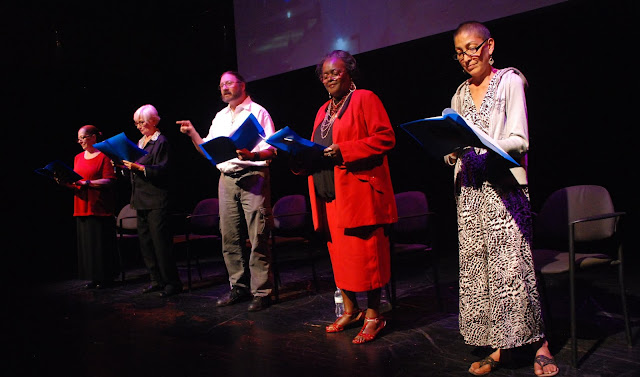 "The impact of a production like this reminds us how important a professional theatre can be in the life of a city."
Broadway World (Tannenbaum), The Christians by Lucas Hnath


"The musical doesn't shy away from truths about these characters. It puts us inside their heads with gentle and broad wit and a tougher kind of wisdom...The cast performs in harmony throughout, musically and emotionally."
Observer (Toppman), Lunch at the Piccadilly by Clyde Edgerton/Mike Craver

"The script covers nearly every major event in American history since the Jazz Age of the 1920s - but always through anecdotes that personalize this septet.... 95 year old June Connerton says 'I'm a work-in-progress.'"
Observer (Toppman), Acting Our Age, a stage-and-film documentary 2019-2020
"I had one of the best theatre experiences of this, or any, year last night in a packed house at the Booth Playhouse. If you need to be reminded of the divinity that dwells within each of us, see this show."
Page Leggett, writer for Charlotte Magazine, Acting Our Age 2022 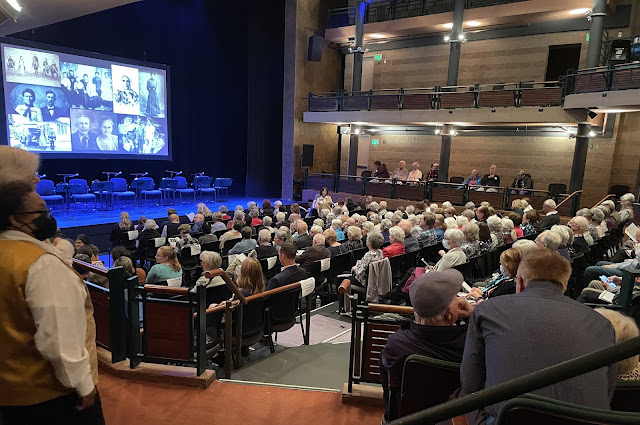 Acting Our Age: Using Our Voices (2022)
"A potential bridge in these polarized times...for people of different stands to meet somewhere in the middle."
Observer (Funk), The Christians 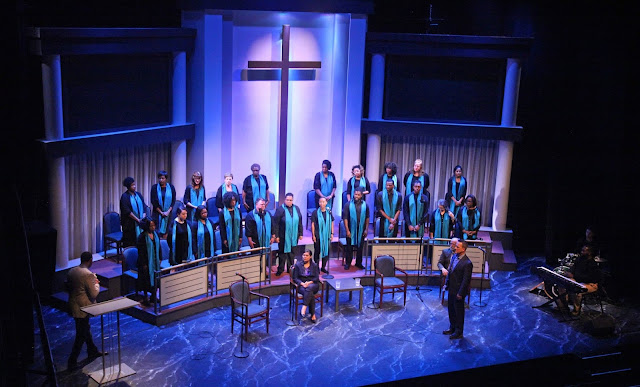 "Finding Donis Anne is a difficult play to produce. Not another company in town could bring to it what Playworks does in this regional premiere...(The play) crawls right under the viewer's skin to breed compassion and empathy for the characters. For those who are up to the challenge, there is much more to be found here than Donis Anne."
Observer, Finding Donis Anne by Hal Corley

"Underneath the rollicking patter there's an intricate, finely crafted plot as subtle and truthful as Chekhov. Kith and Kin is a double-barreled attack to the gut. It's nice to know that a fledgling script with so much﻿﻿﻿﻿ richness is being nurtured here."
Break, Kith and Kin by Oliver Hailey (Regional Premiere)
﻿﻿﻿


"Hard-bitten and hilarious.....Kith and Kin will be remembered as one of the gutsiest, funniest plays of the season."
Observer, Kith and Kin

"A performance that sticks with you long after you've ﻿﻿left the theatre....Although the women in the audience may laugh a little more knowingly, the themes of self-respect, inner freedom, and fulfilling your heart's desire have universal appeal."
Press Journal, Shirley Valentine by Willy Russell, Playworks at Riverside Theatre, FL (Resident & touring)

"If ever a play were a necessity of life, it's this taut word-play about war, writing, flying, and death. It doesn't just entertain, it also elevates.This is a play about why people go on living even though we know we are going to die."
Observer, Some Things That Can Go Wrong at 35,000 Feet by John Orlock (Premiere)

﻿﻿
Development
In addition to full-fledged productions, new scripts in staged readings and workshop productions involve audiences in the beginning stages of projects.

"The weeklong festival represents a rare opportunity for writers to refine a script working with talented artists."
Observer feature about the Thinking in Pictures festival of new film scripts


Thinking in Pictures
A festival of film scripts in development / A collaboration with The Light Factory:
Anita Bryant Died for Your Sins by Brian Christopher Williams
Dairy Queen Days by Robert Inman
Gospel Hill by Jeff Stacy

Sponsored in part by Rockwell Foundation and Wesley Mancini Foundation


After the festival, Gospel Hill was made into a feature film with Danny Glover and Angela Bassett. Among other new script "graduates," Starstruck  by Judy Simpson Cook received its world premiere at Flat Rock Playhouse, and Brush the Summer By by Hal Corley premiered at Adirondack Theatre Festival.

See how projects have connected with artists and audiences